How Long is the SARS-CoV-2 (Coronavirus) Viable Outside an Infected Individual?

One of the many important things to know about the particular strain of coronavirus which is the etiological agent of the current pandemic is the length of time the virus can remain infectious when it is in the environment. This exceptionally well written and documented letter was published in the New England journal of Medicine which gives some pretty clear answers which everyone should know.

Unfortunately, on relatively inert surfaces such as plastics and stainless steel the virus is sufficiently robust to have a half-life such that it probably is infectious up to 72 hours after deposition. Copper surfaces are more active, and the viability seems to be about 4 hours. What is most concerning (at least to me) is that apparently the virus can remain viable in aerosol droplets for up to 3 hours.

This is why healthcare workers who may be exposed to infected (and infectious) individuals should seriously consider respiratory protection.

We at AccuTec-IHS want to once again stress the fact that merely wearing a respirator (such as disposable N95’s, N99’s or N100’s) isn’t enough. The respirator must have been properly fit-tested. A quantitative fit test such as the fit test performed by the AccuFIT 9000® can truly prove that the mask fits and that the person wearing it knows how to deploy it properly.

We at Accutec-IHS are monitoring the situation constantly, and are doing all we can to keep up with demand. 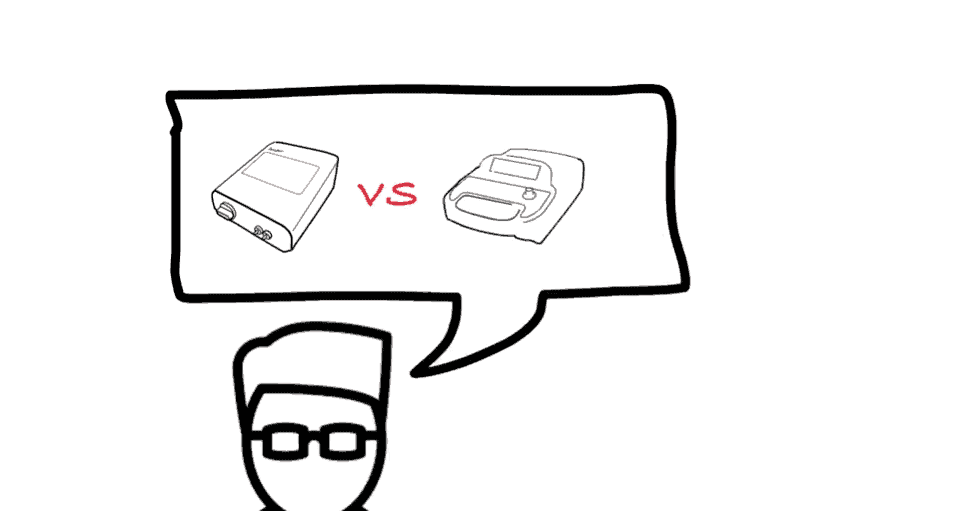 I understand that respirator fit testing is becoming more important all the time. It looks like there are two methods for performing quantitative fit testing, CNC and CNP. What’s the difference? You’re right. There are essentially two methods currently in use to perform quantitative fit testing of tight fitting respirators. First, the most widely used method is the ambient aerosol method using condensation nuclei, counting CNC, which can best be described as challenging the seal of the respirator with naturally occurring ultra fine particulates which mimic gas molecules due to their extremely low mass characteristics. And secondly, the controlled negative pressure or C N P method, which pulls a slight negative pressure inside the mask and then measures the exhaust to determine how much more air must be pumped out in order to maintain that same low pressure. Both methods sound pretty reasonable. Is one better than the other? Well, let’s look at some specifics.

The way the CNP system measures the pressure inside the respirator is by using a very sensitive pressure transducer. When the pressure rises, the system runs the vacuum pump and measures the amount of air in the exhaust, which is theoretically identical to the amount of air which is leaked past the respirator seal. So far so good. Whoa. If the pressure transducer is all that sensitive and the test subject is breathing, doesn’t that change the volume and pressure in the breathing zone? Well, yes, so the test subject has to hold his or her breath while the leak rate is measured. Furthermore, the test subject cannot move at all or the pressure will change slightly and the system will interpret that change as a leak. Wait a minute. Don’t people actually move and breathe when they are wearing respirators and if a person is wearing a respirator performing his or her job, aren’t they actually challenging the seal more than they would be when they are completely immobile?

Again? Yes. That’s why the exercises in the CNC protocol actually exist to challenge the seal in a dynamic manner. Obviously if you are moving and performing a workplace task, you are challenging the seal and the control negative pressure system doesn’t do this. Nope. The measurements are only made while the test subject is completely still and not breathing. Then why does the CNP protocol include these exercises? Good question. Probably so that the test will appear to actually be testing the fit while the subject is moving, but it actually doesn’t know well, how does the ambient aerosol method work? The system measures the concentration of ultra fine particulates in the ambient atmosphere and then measures the concentration of these ultra fines, which are also frequently referred to as respirable particulates in the breathing zone of the respirator. While the test subject is actually moving and breathing. Then this system measures the ambient concentration, again, computes an average of these two values and compares that value to the concentration inside the breathing zone.

The resulting ratio is the fit factor, which is a real measure of how well the respirator actually fits. Wow, so the important thing is that the actual measurements are performed while the test subject is moving and breathing, correct? Correct. Oh, wait a minute. How do these particulates get removed from the breathing zone? That’s one of the beautiful things about using ambient aerosols as a challenge agent. They are naturally absorbed by the lungs. That’s one reason they’re called respirable particulates. If the respirator being tested is set up with a HEPA filter in the inlet in about a minute, the concentration ACE and tonically approaches zero then any new particulates observed in the breathing zone penetrated past the respirator seal. What about the time it takes to perform a fit test? Isn’t the controlled negative pressure method quicker? Back in the day it was. However, there’s a new protocol which has been approved by OSHA, which allows a CNC test to be performed in less than three minutes. Well, what about filtering face pieces like in 90 fives or in one hundreds CNC works very well for filtering face pieces. CNP doesn’t. Why not? Have you ever tried to pull a vacuum on a disposable Mask.